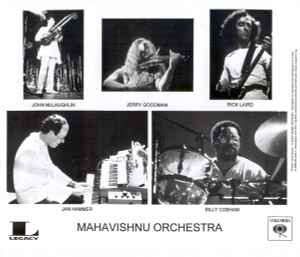 WILL SONY FOR THE LIFE OF GOD TAKE THE ENTIRE REMIX OF THE CENTRAL PARK SHOW AND TURN IT INTO A 3 LP SET.... PLEASE THE CD'S SOUND LIKE THEY ARE FROM MP3'S COMPRESSED AND JUST NOT VERY PLEASANT ,,, THE ORIGINAL MIX FROM 1973 IS MORE EVEN ( WITH OVERDUBS FROM JAN HAMMER ACTUALLY ) CAN'T ANYONE TRY TO REMIX THIS FROM THE MULTI TRACK AGAIN IN 24/192 OR SOME HIGH DEFINTION SONIC THING AND GO TO PALLAS AND MAKE A 3 LP SET SO WE DON'T HAVE TO ENDURE THE HORRORS OF THE MP3 REMIXED CONCERT ANYMORE... THANKS YOU MILES DAVIS ....https://www.discogs.com/release/4649350-The-Original-Mahavishnu-Orchestra-The-Complete-Columbia-Albums-Collection

July 17, 2020
Great Performance s , My copy Has Wrong Years On labels but All Well Recorded..Am Seeking The Rainbow Gig With Billy Cobham ( I was there ! ) Apparently there's a Japanese Copy Somewhere ?? Ggg