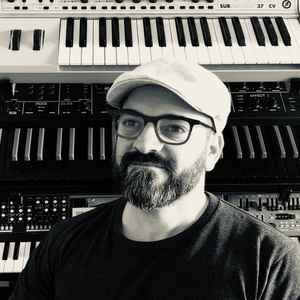 Real Name:
Stéphane Poison
Profile:
Mister Poison began his DJ career almost 26 years ago. It is on the Spanish east coast in 1987 where he find out the first Spanish remixers as Raúl Orellana and Toni Peret. He was quickly attracted by the use of the mixing technique serving creation.

Until 1991 it remains heavily influenced by funk and hip-hop among others. That period was marked by the arrival of mixtapes imported from USA and Netherlands which will then distill an energetic Hardcore Gabber sound.

This musical discovery will definitely build a very festive style that will open the doors of the Gibus Club in Paris for The Last Experiment party, where he became the club weekly resident DJ for Thursday Absolut Hardcore Party, playing alongside artists such as Manu Le Malin, Lenny Dee, Dark Raver, Buzz Fuzz, Laurent Hô, Guiz-öhM and many other representatives of the international hardcore scene and French scene like Radium and SpeedyQ's.

Officiating in the famous french Radio FG 98.2 Thema Mix sessions, it was in 1997 that he signed his first release "In the troop" on the compilation DOME 001 - Rendez-Vous Porte De Montreuil with the S'Kape organization and Universal records in duet with DJ Guiz-ohm.

S'Kape resident DJ and close to many other organizations, Mister Poison therefore a confirmed artist of the Hardcore scene will play with artists like Liza 'N' Eliaz, Omar Santana, Stickhead, or Prophet in the most important rave parties such as Karakoram IV ...

In 2000, Mister Poison contribute to the achievement of the first Tekno Ballet, presented at the Grimaldi Forum to the Monaco Danses Dances Forum in collaboration with the classical musician Vinzma.

Signed on Bonzai Records and present on the Bonzai Urban Retrospective compilation for the 10 years anniversary of the label and more recently on Bigroom Records (2), Mister Poison is a producer, marked by many influences and electronic sounds. Also bassist, he draws energy from the stage and today offers more house, progressive bursting with a keen sense for efficiency. The dance floor remains a central element in the construction of his sets and production.
Sites:
SoundCloud, instagram.com, mixcloud.com, misterpoison.com, Facebook, Last.fm
Aliases:
Nevrotic Dump