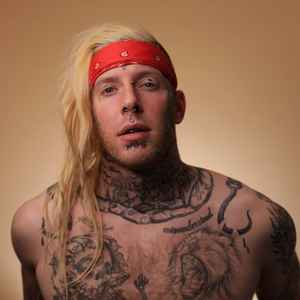 Real Name:
Thomas MacDonald
Profile:
Tom MacDonald is an Independent Canadian/American rapper and music producer. He was born September 21, 1988 in Mission, British Columbia and sometime during his childhood, Tom and his family moved to Edmonton, Alberta where he lived until his move to California. He is regarded as being the most controversial rapper of his time, being compared to Eminem by many for the content in his songs that range from depression & addiction to attacking the hot topic issues of modern society such as racism, mumblerappers, Covid Pandemic and even all the people that call America Home.

Shortly after Tom moved to California he hooked up with his friend that he had met while living in Edmonton, Nova Rockafeller, who is also a musical artist/producer. The most impressive aspect of these 2 is that Tom is independent artist doing all his own marketing and Nova producing all his music videos with absolutely no help from any major label.

January 15, 2023
to all the people that feel the need to slander tom mcdonald.... its because of you that he says the stuff he says. we are all aloud to have our opinions but the lack of respect in the world means its easy to slander someone knowing there isnt anything thats going to come of it.

The internet and society would be a far better place if all the negativity and hating on someone because they believe in something different than what you believe would stop. Respect one another and if you have nothing positive to say or even CONSTRUCTIVE criticism, then keep it to yourself.

an opinion is not right nor is it wrong yet so many people treat it as its the end of the world. People need to respect each other and if your cant/wont then i say come see me .... i will hand you a shovel and go dig yourself your own hole somewhere.

November 19, 2022
If you like him you are fascist, rasict, white supremacist and homophobe with blood more toxic than the queen of xenomorphes.
See 2 replies

February 4, 2022
Do any Tom MacDonald fans actually like his music or do they just like the fact he's echoing all their opinions
See 6 replies

August 19, 2021
One of the most underrated artist, he is inspiration for those who desire to break through without help from labels.

October 9, 2020
Pure gold. So much fire. Weak rappers and offended people are always going to hate, pretend they know lyrical content or pretend theyre a victim. I've waited since the early 2000's for a rapper of this quality. So boring listening to mumble and double time rappers that say nothing at all, or the same SJW messages we have to choke on everytime we watch something from Hollywood... finally some substance.

Rumor is he hasnt been home to see his mom in a very long time. I think he could use a hug.