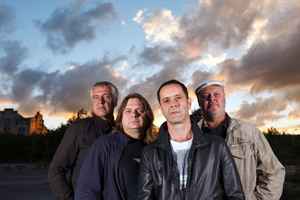 Jumprava's songs are mostly written in Latvian, so the band's success has essentially remained bound to Latvia. However their music has always been rather different from the other popular local bands. Jumprava has always experimented a lot and tried to use different sources of sounds in their songs - the ones coming from folk music, everyday life or completely synthetic, which is the main reason why sometimes they are called the "Latvian Depeche Mode".