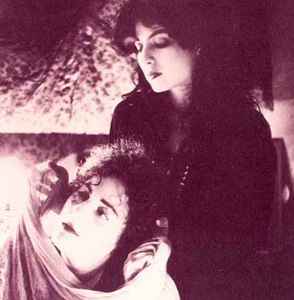 Real Name:
Stephanie Payne
Profile:
Dark Arts was the brain child of Bob Katt in 1984. It was his vision that brought together the original members of the band.Stephanie Payne was invited to join and has been making music under the guise of Dark Arts since. The first recording was produced and engineered by Steve Albini. “A Long Way From Brigadoon” was released on Albini’s short lived “Ruthless” label in 1985. This release features the talents of Bob Katt, Dave Manic, Bill Bruner and S.A. Mason.

Next, Dark Arts was featured on a compilation entitled “The October Country” issued on Nate Starkman and Son. The import-only release “Carnival of Lost Souls,” produced and engineered by Biff Sanders (of Ethyl Meatplow and Polar Bear), can also be found on Nate Starkman and Son and was released in 1991. Vocals by Mason, Payne, Karen Schub, Jeff Clark and featuring the talents of Payne, Douglas Paul, Jeff Froyd and Biff Sanders.

The Dark Arts release “Something Once Whispered to Cava” was released in 1999 on Falcata-Galia and it features Julie Fowells (Geraldine Fibbers) on violin, Joyce Rooks on cello, Raul Casillas and Biff Sanders on percussion, and the vocal talents of Cheryl Russell, Scotty Chapman, and Stephanie Payne. Stephanie wrote all the material and played all remaining instruments. Shortly after, Payne self released the 45 for "Jola Dool" on her own SFB Records.

Dark Arts has shared the stage with many diverse bands including: The Cocteau Twins, Big Black, Urge Overkill, Naked Raygun, Anna Homler and Drowning Pool. Stephanie enjoys working with a wide variety of musicians and instruments, which enables her to create her eclectic and other-worldly sound.

"Reflections in a Rear View Mirror" was released in 2020 and is a collection of tracks through all the variations of Dark Arts plus 2 unreleased new tracks available through STROOM.
Also through STROOM will be an EP released in 2021.
Sites:
darkarts.net
Members:
Stephanie Payne