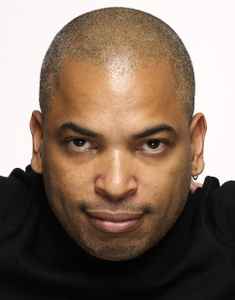 Joaquin "Joe" Claussell was born in Brooklyn to a Puerto Rican family. His first exposure to the industry was in his own neighborhood block association events, musically led by one of his elder brothers Larry Claussell. Not long after he hit the club scene, he began collecting vinyl aged 15, leading him from clubs like "The Inferno", to punk music’s sanctuary "CBGB", the alternative driven "Mudd Club", and more mainstream "Underground", to the legendary "Paradise Garage".

While living in NYC's East Village in the early 1990s, he began working at Dance Tracks record store, forming a friendship with the owner, he became the store's DJ, holding weekly parties for a devoted crowd. Following an invitation from good friend and owner, Stan Hatzakis, he began producing, completing his first remix "Over" (1992) and produced first track "Awade" (1992), both under moniker Instant House, later eventually taking over Dance Tracks alongside Stefan Prescott.

In 1996, he launched his independent eclectic world house label Spiritual Life Music from the back of Dance Tracks, also starting Ibadan Records with friend and executive producer Jerome Sydenham, expanding into the Sacred Rhythm Music label in the 2000s. These labels featured organic African, Brazilian, Latin, and Middle Eastern rhythms, crossing over into Disco, Jazz, House, and other electronic music, with Claussell being involved in most aspects: music, writing, visual art selection/creation, and graphic design. Many fledgling artists have featured on these labels, including Ten City "Nothing's Changed" (1996), followed by works from Jephté Guillaume, Mateo & Matos, Slam Mode, and 3 Generations Walking, among others, plus his own debut album "Language" (1999).

Since 1996, Claussell joined DJ's Francois K and Danny Krivit to play for the legendary "Body & Soul" NYC Sunday afternoon dance party for over 6 years, with a devoted crowd every week experiencing a mix of classic, world, soul, disco, funk, and house music.

He remains in demand as a producer/remixer, and continues his global DJ-ing schedule, while also appearing in the visual art world, where he toured with a project titled "Trembling Sensing Space", produced by Dutch theater director Lidy Six, and as musician, toured with world-renowned percussionist Mino Cinelu, and played alongside keyboard extraordinaire Bugge Wesseltoft in a band that included Erik Truffaz, Ilhan Ersahin, Erik Holm, and Torun Eriksen.

In New York he also began the "Sacred Rhythm Party", to bring house music and live musicians together in an intimate environment, while also playing a diverse set on his first Internet radio show titled "an invitation to openness".

February 17, 2022
Claussell’s statement about music (and art) is among the most beautiful I’ve ever heard, and is clearly reflected in his own discography: “ In my eyes I see it being all about a spiritual transformation, being a conduit for a high power, becoming one with sound and frequencies, and where Hollywood and Fame take a back seat to the legitimacy of cosmic art.”
Reply Notify me 1 Helpful

January 10, 2022
My all time favorite producer. The emotion Joe can translate into audio with a single keystroke on a piano is unparalleled. Mental Remedy - Obatala, Yes, that's what we need more of, Sayaji (Dance Trance Mix) to name a few favorites.
Reply Notify me 2 Helpful

December 3, 2017
Bourgié Bourgié (Joe Claussell's Classic Remix) —does it exist on vinyl of any kind? Thanks in advance for the tip.
Reply  See 2 replies Notify me Helpful

February 3, 2012
This man is just incredible. He is consistent and he goes across so many genres. I recommend that anyone who wants real-deal house and deep house/ambient check this guy. He's underrated. He's in the music scene for all of the right reasons. With Joe its all about love and emotion transmitting through his music. He can be deep and emotional like his Mental Remedy alias, or he can go aggressive and bring you to bottomless oceans of tribal depth. His recent "Bayara Citizens - Bambara Obscure (Tribes Of Distortion Dub)" and "Geoffrey Oryema - Kei Kweyo (The Outlaw demo dub by Joaquin Joe Claussell)" are examples of how aggressive and nasty he can be with the drums when the time calls for it. Joe Claussell's music is beautiful in every way. From Philadelphia, to wherever you are Joe, we love you!!! :0D

August 8, 2008
Joe Claussell....I love you.
This guy cant fail, always in great form, his approach is alwys the same, but always new...From deep driving house, to organic tribal workouts...The occasional experimental tune doesnt dissapoint either. His djing skills are nothing to shy away from, he can create an almost heaven like atmosphere and keep ya going till the sun comes up, I ve seen people crying, seriously.
If you like deep, dark afrolatin dance floor rhythms...Then look into this dude. He wont dissipoint.
Reply Notify me 17 Helpful