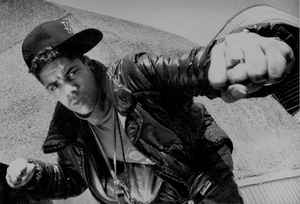 Real Name:
Hereward Richard Hugh Cle Brown
Profile:
Silver Bullet first hit the UK hip hop scene as part of Triple Element, who released a tune called 'What's Dat Sound' on Tam Tam Records in 1988. After this, came, his debut as a solo artist 'Bring Forth The Guillotine' also on Tam Tam Records, which was so successful that it prompted two other official remixes, one by Ben Chapman and the other by Norman Cook.

After a two year gap and label switch from Tam Tam to Parlophone, Bullet released 'Undercover Anarchist' before releasing his debut and long awaited album 'Bring Down The Walls - No Limit Squad Returns' which was originally going to be called 'Hung, Drawn and Quartered'.