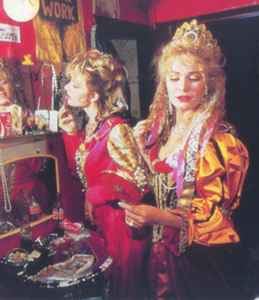 16-year-old childhood friends Benedicte Adrian and Ingrid Bjørnov released their debut album Første Akt under the name Dollie in 1980. This album won the annual Spellemannprisen in Norway. Other albums were released under that name with less success.

The duo won the Norwegian final of Melodi Grand Prix with the song Lenge Leve Livet in 1984 under the new name Dollie De Luxe. English version Life Was Made For Living is on the debut album Dollie De Luxe. They then experimented with rock and opera on subsequent releases. The album Rock Vs. Opera was a success in Norway and several other countries.

A rock opera called Which Witch was made for the festival Festspillene i Bergen in 1987. Studio and live versions were later released, respectively as Which Witch and Which Witch På Slottsfjellet. There was also a stage version in London in 1992.