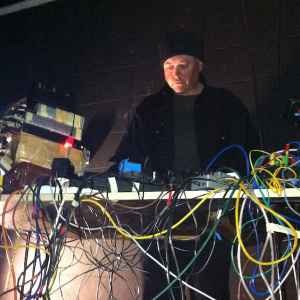 Real Name:
Clinton Williams
Profile:
Clinton Williams has been on a highly personal journey into sound since the late 1980's. Starting from scratch, using modified electric motors as his sole sound source, he has built up a home studio and battery of hand-made and salvaged electronic sound sources, with which to pursue his researches into the human psyche. Working in complete isolation for several years, before making contact with a few like-minded souls in other parts of the world, he has released a mass of cassettes and lathe-cut polycarbonate records on his own Deepskin Conceptual Mindmusic imprint. He has also collaborated with Bruce Russell as Dust/Omit, and Paul Toohey as Omit/K Group.
Aliases:
Clinton Williams