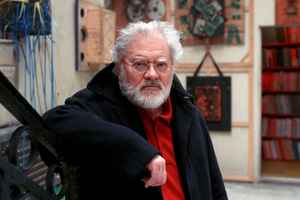 After completing traditional studies at the Academy of Paris, with Olivier Messiaen (harmony) and Nadia Boulanger (composition), Pierre made in 1949 a decisive meeting with Pierre Schaeffer, with whom he foundered the GRMC (Groupe de recherche de musique concrète) dedicated to the experimentation in "concrete music". In collaboration with Schaeffer, he wrote Symphonie pour un homme seul (1950) and the "concrete" opera Orphée (1951) (revised as Orphée 53 (1953)), which has the astonishing sequence Le Voile d'Orphée", where already one finds the technique of audio time stretching, a characteristic of his style and the presence of death: a subject that inspired him.

After having founded his own studio Studio Apsome, he undertook a long collaboration with the choreographer Maurice Béjart. His compositions from the early 1960s have a certain purity, such as the ballet Le Voyage (1962) inspired by the Tibetan Book of Dead, and the famous Variations pour une porte et un soupir (1963). As the decade progressed his music adopted increasingly spiritual and meditative qualities, such as Messe de Liverpool (1967-68) and Apocalypse de Jean (1968). Even more ambitious works followed: Dixième symphonie (1979) (a gigantic joining of extracts of the nine symphonies of Beethoven) and Noces chymiques (1980), that had him simultaneously in the roles of composer and director.