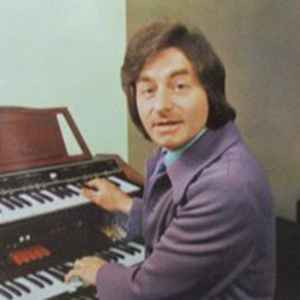 Profile:
British organist. Born March 29th 1937. Died 19th January 2016.
His professional career started at Dudley Hippodrome as an organist in variety shows and reviews. Following an enforced break for national service in the RAF he secured a summer residency at the Embassy Ballroom in Skegness with the winter months being spent at the La Reserve theatre restaurant in Sutton Coldfield where he accompanied cabaret stars like Des O'Connor, Frankie Vaughan and The Beverley Sisters. He proceeded to work for the BBC Light Programme in the Midlands during the 1960's.
Brian appeared on the popular Charlie Chester music show for twenty years, made other frequent appearances on Radio 2 and was part of the house band for the Pebble Mill at One and Saturday Night at the Mill BBC television shows throughout the 1970's as a musical director, working with the likes of Roy Orbison and Gene Pitney.
His solo tours during the early 1970's were often billed as showcases by organ companies, such as Hammond, Lowrey and Bentley.
In the 1980's Brian had a residency at Sandford Park in Dorset, where he spent fifteen years playing the Christie, piano and various electronic instruments.
Sites:
licoricesoul.co.uk, organfax.co.uk
Variations:
Viewing All | Brian Sharp (2)
B. Sharp, Sharp