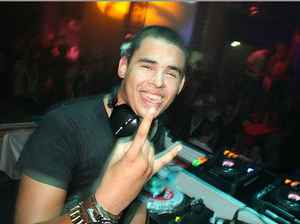 Afrojack's song "Take Over Control," which features Dutch singer Eva Simons, charted in a number of countries. In July 2010, Afrojack created an Essential Mix for BBC Radio 1. In December 2010, Afrojack announced, via his website, that he would release an album called Lost & Found. The album was released December 22, 2010. In 2011 Afrojack opened the year by remixing Ian Carey and Snoop Dogg's single "Last Night" to great acclaim. Later on, Afrojack was featured on Pitbull's #1 hit single "Give Me Everything" along with Ne-Yo and Nayer. He also contributed to the single "Run the World (Girls)" by Beyoncé. In January 2012 Afrojack received an European Border Breakers Award.

ignore everything post 2013 and you'll become a fan, guaranteed.

January 19, 2012
After I got the news that Afrojack not only is producing Paris Hilton's new album but also going out with her, all I can say is that Afrojack has officially become a sell-out. And it's really a pity because I find his productions to be good if not ok. Sure most of these producers may collaborate with some major celebrity once or a couple of times, but Afrojack has made it known that he is up for grabs to the Hollywood elite. Hopefully his production styles won't change, but all I can is that he will most likely become the next David Guetta. And I can also hope that this is just going to be a one-time mistake that he will over time regret.
See 3 replies