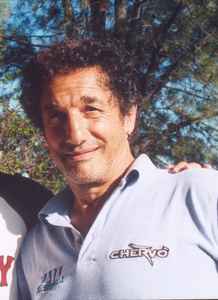 David Hess began his career when he recorded the original version of the Otis Blackwell composition "All Shook Up" under the stage name David Hill in 1956. The song became a Number 1 hit for Elvis Presley a year later and Hess became a songwriter at Shalimar Music.

David went on to compose "Start Movin'" for Sal Mineo and "Rockin' Shoes" for the Ames Brothers. He continued to write songs for Elvis throughout the '50s and '60s, (including the Presley hit "I Got Stung" that was later covered by The Beatles). Other Hess tunes performed by The King include "Come Along," and "Make Me Know You're Mine" (first performed by Conway Twitty). "Your Hand, Your Heart, Your Love" became a 60s hit when it was performed by Andy Williams.

After a career as a record company executive, including becoming head of A&R at Mercury Records (where he co-wrote the Grammy award winning 1970 rock opera ‘The Naked Carmen’) in New York and working with PolyGram Records’ German affiliate in the 1970s, Hess took on the role of actor, writer, director and producer in the movie industry.

Writing the English language shooting scripts for such German directors as Rainer Werner Fassbinder, Reinhard Hauff, Peter Schamoni,… and directing the 1980 slasher “To All A Good Night” were only a few of his many accomplishments.

Most will remember him as Krug Stillo, an unrepentant serial killer and leader of a gang in Wes Craven's classic 1972 cult shocker “The Last House On The Left” (inspired by Ingmar Bergman’s ‘The Virgin Spring’), as well as portraying the villains in Ruggero Deodato’s “House on the Edge of the Park” (1980) and Wes Craven’s “Swamp Thing” (1982). Other movie roles include ’21 Hours At Munich’, ‘Hitch-Hike’, ‘White Star’, ‘Body Count’ and ‘Zodiac Killer’. David Hess also appeared regularly on the TV screen with appearances in shows such as ‘Knight Rider’, ‘The A-Team’, ‘The Fall Guy’ & ‘Royal Pains’.

Throughout his film career Hess' love for music never waned. He continued to produce music, including several albums ("Caught Up In The Moment" and "Live & Unplugged in Hollywood, 2002."). Some of his music can also be heard on more recent soundtracks, such as ‘Cabin Fever’ (2002) and ‘Manhunt’ (2008). Hess also composed the soundtrack for Wes Craven's classic 1972 cult shocker “The Last House On The Left” in collaboration with Steve Chapin (Let Time Go Lightly).