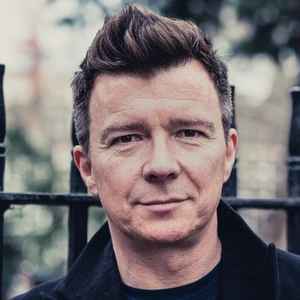 Real Name:
Richard Paul Astley
Profile:
Rick Astley (b. February 6, 1966 in Warrington, United Kingdom) was one of figures to rise up in the dance/pop-driven late '80s. He started as a studio-tea-boy in 1985 at the PWL Studios and released his first own single in 1987, Never Gonna Give You Up.

September 21, 2021
Imagine waking up knowing you're a part of internet history.

March 1, 2020
He won't give up on you, let you down, run around or desert you. Plus he won't make you cry or say goodbye, not to mention he won't lie or hurt you - what a great guy!

December 27, 2009
Here we go, the newest rant from me, your local hatemonger, irionman. Rick Astley, to be completely honest, really is not that bad. Most of you only know of him because of his one song, Never Gonna Give You Up, but anyone who has decided to pursue this artist to any length, they have found out that this guy has a lot more to offer. Yes, I have been Rick Roll'd, and yes it did piss me off, but hey, the guy had one hell of a voice; it was not something you would expect to come out of his mouth when you saw the guy. He just looks too young to be able to sing the way he did. Granted, he's old now and his voice fits his age and appearance, but back then, it was an odd thing to see, but a nice thing to hear. Two songs I suggest you to listen to, in order to get a better perception of this guy, are It Would Take A Strong Man and Whenever You Need Somebody. Go listen to those two songs. You will hear pre rick roll and post rick roll. However, when you listen, note the lyrical trend. In most Astley albums, you will pick up a theme of "being there for you". Almost like a lean on me theme. This may get old to you after a while, but who knows, you just may like it on some crappy days. I have also noticed that some butthurt fan out there is down voting all of my reviews because I probably pissed him off ranting about Dragonforce or Iwrestledabearonce, but oh well, childish acts are known to happen here. Anyways, now that I got that out, back to this positive rant. Take my challenge to listen to two songs, and take it seriously. Listen to them with an open mind and a positive attitude. Yes, I know that no matter what I say about the songs and his music, if you want to hate it, you will hate it. But, if you allow yourself to think a bit more clear when you hear it, you'll find yourself enjoying it. Hey, that's what music is for. Some will love it, some will like it, and some will downright hate it. Go see for yourself which of the three you will do. For me, I don't love it, nor downright hate it, but I like it enough to listen to it on a fairly regular basis. Final words: Rick Roll is not a song title, nor should it be a basis to disregard an artist's entire musical accomplishment. His songs are on my play list, and they just may end up on yours some day too. Give it a shot.
See 2 replies