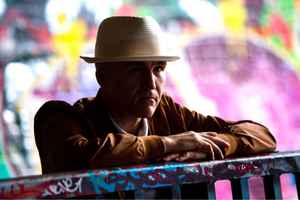 Real Name:
Richard Salter
Profile:
Richard Salter is a London based record producer/ composer whose career has spanned over 25 years, both in the UK & New York City. With a deep love & knowledge of music and technology he has been working professionally in the music industry since 1993. He started his career in London as a tape operator then quickly progressed to producer/ engineer. He has worked in house and freelance at studios and live venues in London & New York City including the legendary Bass Hit NYC & Mark Angelo London. He had his first commercial release in 1993, his first record deal in 1994, and over the years has worked with some of the biggest names in the industry including: Aretha Franklin, James Brown, Prince and Chaka Khan. He has worked on thousands of pieces of music, including tracks & remixes for the likes of: EMI, BMG, Motown, Warner and Universal, to name but a few.
Sites:
richardsaltermusic.com
In Groups:
Age Of Entropy, AM Dusk, Decadent Saints, Deep Stix, Funk + Justice, Rogue Traders (2), Seven City, Smirk
Variations:
Viewing All | Richard Salter
R. Salter, R. Salter Pres. Dimensions Of Depth, Rich Salter, Richard Falter, Richard Salte, Richard Slater, Salter