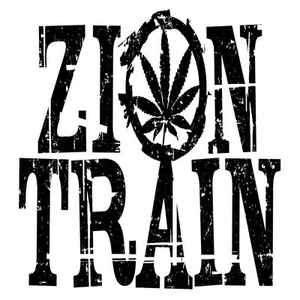 Profile:
Zion Train are Dub/Dance pioneers and have been undisputed leaders in the genre for more than 25 years. The band have always been involved in alternative and DIY culture as well as being purveyors of some of the finest and most ground-breaking Reggae music since their inception. Zion Train are one of the finest live dub acts in the world and have pioneered the practice of dynamic onstage dub mixing incorporating live vocalists and instruments.
Zion Train was founded by Neil Perch (live dub mixing / production) in 1990. He was soon joined by Colin Cod (melodica / production), David Tench (production), Molara (voice), Dave Hake (trumpet), and Forkbeard (trombone). Around 2001 Dubdadda became the lead vocalist and Cod, Tench and Molara ceased to be part of the line-up. The live line-up has always been very flexible varying from Perch and a vocalist for sound-system gigs to a much larger line-up for bigger events.
Since 'Live As One' Zion Train has been centered around Perch with a varying line-up of vocalists and musicians, with Dave Hake and Dubdadda having been longtime mainstays.
Sites:
wobblyweb.com, Wikipedia, Facebook
Members:
Colin Cod, Dave Fullwood, David Tench (2), Dubdadda, Marcus Campbell, Molara, Neil Perch
Variations:
Viewing All | Zion Train
ZT, Zion Train Sound System, ZionTrain, Ziontrain