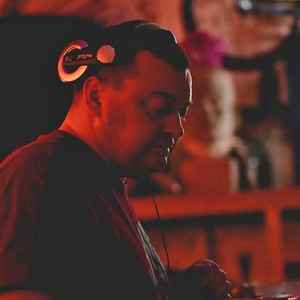 Profile:
Irish electronic musician who has been producing and releasing Detroit-tinged electronic music for almost two decades. He has recently released music on labels such as ‘For those that Knoe’, ‘Revoke’, ‘Subwax’ and ‘Firescope’.

Born and raised in Westmeath, Derek got an early taste for finely crafted melodic techno through compilations like Network’s ‘Bio-Rhythms’ and Warp’s ‘Pioneers of the Hypnotic Groove’. Having been a fan of bands such as Kraftwerk and Depeche Mode through his formative years, Derek felt drawn to this new sound coming from Detroit, Sheffield and Leeds.

Recognising the home made ‘punk’ ethos of early ‘Bleep techno’ he began to pick up second hand instruments, initially investing in a cheetah sampler and boss drum machine.

Derek then set about creating his own sound, a sound that owed much to the techno pioneers, B12, the Black Dog, As One, Nexus 21 and Rhythmatic to name but a few.

In 2001 Derek launched his own label ‘Trident Recordings’ and released the ‘Copper Beech e.p.’ (the only release to date) a collection of deep soulful techno. Only 500 copies were pressed and it has since become something of a collector’s item.

Subsequent releases on ‘Digital Soul’ and ‘Geek Records’ further cemented Carr’s place amongst a new generation of techno producers that looked to combine soul and melody with electronic dancefloor grooves.

Derek Carr is a name known by few and far between but he has built a worthy reputation for putting together stunning deep techno.
Sites:
SoundCloud, Facebook
Variations:
Viewing All | Derek Carr
D. Carr

I feel compelled to say my bit about DC. I've been a unwavering fan of the man's sound...pensive, reflective, introspective & hopeful are some of the feelings evoked in me. Derek has an innate feeling and mastery of making the machines sing. Like all the best producers he's got a sound signature so distinct and truly his. Machine music for the mind, and heart & soul. All my respect and admiration. Thanks for years of listening Nirvana.

May 24, 2021
This man is to be recognized soon. I remember when i first listened to the ablum Digital Space Race. Frome the first seconds of every track it was all clear - Derek has his own vision on techno/house music. Detroit influence. But his music is not so raw. It's quite more soft. I bet not so much people understant the real level of his production. Grab every release til it is cheap.

March 13, 2021
Thank you Derek Carr for all your beautiful sounds, they have changed my life.
Reply Notify me 1 Helpful

April 13, 2019
derek carr gets as few as possible to make sounds with an extremely pleasant atmosphere while still being dancing. today he has the well-deserved recognition of the scene of house and techno. would be a great injustice a producer as he be forgotten in time. It took but its beautiful sound is seeing the light of the sun
Reply Notify me Helpful

May 8, 2018
Literally have every single vinyl release of his in my collection or wantlist. Don't think I can say that about any other artist with more than a few records out. Most of his releases feature multiple tracks that I'd spin, again something unique to this artist. Deep, futuristic, timeless. Right up my alley. Really looking forward to his first vinyl album to come out soon, 'Contact.'
Reply Notify me 5 Helpful

I love Dereks music so frickin' much! Derek really has the ability to make the next generation of space transmissions. Continuing the big legacy of mad mike and the red planet crew and many others. I want more of this!