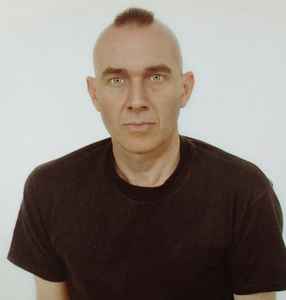 Real Name:
Timothy Lewis
Profile:
Born June 19 in Pontypridd, Wales to a family of musicians, his grandfather being a conductor and mother, Dorothy Lewis, an opera singer. He was frequently taken to classical concerts from an early age and studied French horn, church organ and piano.
He had a band in school with odd combinations of instruments. He has worked as a session musician for unmentionable acts as well as a recording engineer and spent 8 years working in a psychiatric hospital as a staff nurse.
As engineer, he met Julian Cope. They got along very well, both being Krautrock fans and Cope asked him to join his group. He worked with Cope until 2004. He has also been a member of Spiritualized since 1997.
Also in 1997, John Balance met Thighpaulsandra at a concert. Both had been fans of each other and Balance asked him to join Coil. Balance said "He is a wonderful bright Pagan STAR in his own rite and I are very happy he accepted my invitation. Now we are 5 sided. Pentagrammatical. Complete." His involvement with Coil lasted till the death of John Balance in 2004 when the group split up.
He continues to perform solo shows with the Thighpaulsandra group and is still an active member of Spiritualized.
Sites:
thighpaulsandra.co.uk, brainwashed.com, Bandcamp, Facebook, Wikipedia
Aliases:
Tim Lewis
Variations:
Viewing All | Thighpaulsandra
Thighpaul Sandra, Thighpausandra