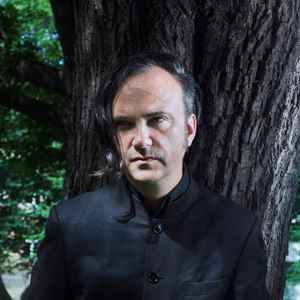 Real Name:
Jori Hulkkonen
Profile:
Jori Hulkkonen was born and raised in the small town of Kemi in Northern Finland. From the early '80s his musical influences were leaning towards all things electronic and slightly more eclectic than your average ten-year-old Scandinavian kid growing up in the middle of the Cold War.

No comments for this prolific sound magician so I'll take a shot. I can't overestimate Jori's influence on my life. From his unique 'nordic house' vibes on Jori Hulkkonen - The Spirits Inside Me, to subsequent eclectic albums, to his schlagers Tiga & Zyntherius - Sunglasses EP, 'Lo-Fiction' (unreleased 808 demo version is a must!) and 'Italian Love Affair', to a solid 'classic sunny deep house' 2002 BBC Essential Mix entry (with that Pilot (12) - Boogie Nites / Indian Summer track still remaining a complete mystery to this day), to his old school house EPs on F Comm (yes, [I'm looking at U, Jori Hulkkonen - Let Me Luv U), to his 'plastic romanticism' as I call it with Sin Cos Tan & Processory - Processory (this masterful take on synth pop should've been recognized way more widely), to a breathtaking atmospheric collab John Foxx + Jori Hulkkonen - European Splendour, to single tracks like 'Back When We Was Attached' that should be preserved in The Hall of Deep House Glory for the future generations... The man has done it all and then some... although I would love to hear his takes on hip hop & hard BPM stuff like dnb! Wouldn't be surprised at all if he'll unearth them from the vaults one day ha ha.. Jori has got an inkling towards futurism but at the same time never forgets strong retro roots. Most importantly, from what I've read and heard coming from him, he still sounds like a living human being with a sense of humour and has not become a soulless 'brand' sell out like many of his colleagues.. That's basically the only reason why this mad talent stays under the radar nowadays.

Let me tell you something. If this Jori Hulkkonen - Half In The Bag EP had been released on 12" on some more known label or distributed more widely, everyone simply would've gone crazy about it. It finds Jori in his top form, it's damn worth to be put on 12" but I welcome the digital. Temporal Appropriation - what a bomb! quite unexpected stuff from Jori to be honest, especially background drum workouts. 7rd Planet is equally majestic, spacey stuff, in fact the whole EP has a strong "spacey" feel to it. Let's Rain -- lovely cosmic jazz track, changes in composition are so refreshing in this day and age , and especially in this genre of dance&house music -- it's not just the same hi-hat for 7 minutes so I salute Jori for that. I have always loved extended track lengths, Jori if you're reading this, please consider making more music in that manner! You're THE shit man!