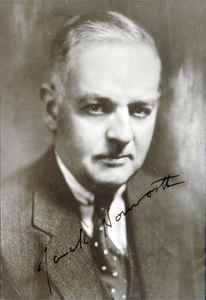 Born in Philadelphia, Pennsylvania, Norworth is credited as co-writer of a number of Tin Pan Alley hits. He wrote the lyrics of the song "Take Me Out to the Ball Game" (music by Albert Von Tilzer) in 1908, his most long lasting hit. But it wasn't until 1940 that he actually witnessed a Major League Baseball game. His "Shine On, Harvest Moon" was an even bigger hit at the time. There is some disagreement about Norworth's involvement in the latter. Broadway historian John Kenrick credits Edward Madden and Gus Edwards, while the family of Follies songwriter Dave Stamper claims he wrote the song while working as pianist for Nora Bayes, who is the officially credited co-writer with Norworth.

In 1908 he married Nora Bayes, with whom he performed in vaudeville. Following the Ziegfeld Follies (1909), Norworth appeared in a number of Broadway theater productions and was heard on early radio, such as his March 1928 guest appearance on Acousticon Hour.

After Bayes, he was married to actress Louise Dresser. He appeared in early sound films with his third wife, Dorothy Adelphi. He was portrayed by Dennis Morgan in the 1944 musical film Shine On, Harvest Moon (in which Ann Sheridan played Bayes as the love of Norworth's life) and by Ron Husmann in the 1978 Ziegfeld biopic Ziegfeld: The Man & His Women. He is a member of the Songwriters Hall of Fame. Jack Norworth died of a heart attack in Laguna Beach, California and is interred at Melrose Abbey Memorial Park in Anaheim, California. On July 11, 2010, a 3-foot-tall (0.91 m) black granite monument, paid for by concerned fans, was installed about 100 feet from Jack's actual headstone.
Sites:
Wikipedia
Variations:
Viewing All | Jack Norworth
J. Norworth, J. Northworth, J. Nortworth, J. Norwarth, J. Norworth, J.Norworth, Jack Northworth, Jack Norworthy, Jack Norwoth, L. Norworth, Morworth, Northwith, Northwood, Northworth, Nortworth, Norwath, Norwitch, Norwith, Norworth, Norwoth