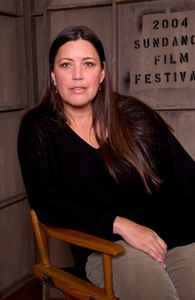 Profile:
Toni Childs (born October 29, 1957, Orange, CA, United States) is a Grammy nominated and Emmy Award winning singer-songwriter currently based in Queensland, Australia. In 1979 she was briefly the lead singer for Berlin prior to Terri Nunn. Her 1988 solo debut Union is certified gold in the U.S. and double platinum in Australia. She received two nominations for 1989 Grammy Awards: Best New Artist and Best Rock Vocal Performance (female). She also opened for Bob Dylan on tour that year. The title song from her second album House of Hope (1991) was used in the film Thelma and Louise. The album is also certified double platinum in Australia. Her third album The Woman's Boat (1994) netted her a third Grammy nomination for Best Female Rock Performance.

In 1997 Childs was diagnosed with Graves' disease. She shelved her fourth album, Bare, moved to Hawaii and gave up touring until 2006. Material from the shelved album ended up on Keep the Faith (2009) and The Vault (2018). Childs received an Emmy Award in 2005 for the song "Because You're Beautiful" from the film When the Violence Stops. The song was included on Keep the Faith. She moved to Australia in 2012 and is still active, both recording and touring.
Sites:
tonichilds.com, Wikipedia
In Groups:
Berlin, Chico And The Chile Sisters, Nadia Kapiche, Toni And The Movers
Variations:
Viewing All | Toni Childs
Childs, T. Childs, Tone Childs, Toni, Tony Childs