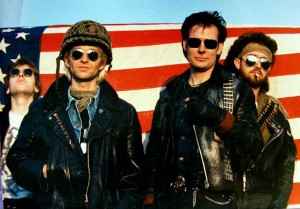 Beginning as an Electronic Rock group not dissimilar to Zodiac Mindwarp And The Love Reaction DFA were critically acclaimed by music press and fans alike, however after three years the band had burnt itself out, this prompted Steve Dixon to take a trip around the world where he was exposed to Acid and House music.

Circa 1992 he and Brian Dixon begin making music again, though without vocals and guitars; the resulting mix of Acid, Dance and Techno was soon picked up by Peaceville's Hammy and he signed the band to his Dreamtime label. At this point original DFA guitarist Paul rejoined, and vocalist Hayley Windsor was recruited.