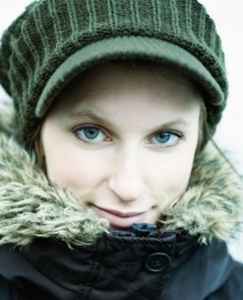 My first encounter with the wonderful and enchanting universe of Miss Sundfør was when I heard White Foxes, the first single to be taken off her brilliant album, The Silicone Veil.

I picked up on the song on Youtube purely by chance. On hearing the first minute or so of the track, I got exactly the same sparkling sensation as when, back in 1978, I first heard Wuthering Heights by the (equally) fabulous Kate Bush. This is the kind of sensation that you might experience, when you witness something that has a profound impact on you, and you instantly know that this will always be a part of your life. I was caught completely off guard and listened with all my senses wide open in a state of equal amounts of disbelief and sheer delight. This was by far the best first single off an album that I have heard for a very, very long time!

Indeed, Miss Sundfør has some of the same qualities as the legendary Kate Bush, in that her music defies categorisation, and that she as an artist clearly does not accept to make compromises when it comes to conveying her ideas, emotions, beliefs or presence through her art. If Miss Sundfør is merely in it for the money, she does an outstanding job in concealing it.

Susanne Sundfør is blessed with a rare gift in having amazing song-writing skills as well as a flair for slightly odd, but interesting arrangements, mostly rich in atmosphere, and also in being an authentic story-teller with quite a lot on her mind to convey. Her voice is a very delicate and sophisticated instrument in itself. Her vocal register is out of this world, and the seemingly effortless manner in which she is capable of mastering the modulation of every note that she sings is nothing short of impressive. With Sundfør, you get the whole package.

I later realized that I got acquainted with her music in the reverse order. First, I got into the more elaborate arrangements and sophisticated production of her recent albums, The Brothel and The Silocone Veil, and was blown away. To quote Pet Shop Boys, I wouldn’t normally do this kind of thing. Really. I rarely come across music that I think is the coolest thing on Earth. Except for the iconic ones, obviously. Beatles, surely. ABBA, of course. Kate Bush, without a doubt. Depeche Mode, oh yes!

Well. It was later that I listened to Sundfør’s first recordings, found on her self-entitled album. With the ”Susanne Sundfør” album, it is a different, yet interesting story.

The album was released back in 2007, when she was quite young. Whereas it is probably fair to say that much of the lyrics on that album very much reflected her age at that time, the melodies have clearly been written by an artist wise beyond her years.

I listened to the radio a lot in the seventies, and I remember some of the great singer-songwriters who ruled this period. When I listen to the ”Susanne Sundfør” album, I always get a vivid flashback to that era. It is almost like taking a time travel. Virtually every song on that album might have been a radio hit in the seventies. This is meant as a statement of praise, mind you.

It is very fascinating to be introduced to her starting point as a recording artist. Even with her very basic, stripped-down arrangements, Susanne Sundfør is interesting by any measure of quality. Focus is clearly on good, strong melody lines and remarkable vocal abilities. As a débutante recording artist, she rivalled already established songwriters and singers, and she seemed to enter the scene with an eerie confidence, given her young age at that time.

Back in the day, I have had some success in predicting the careers to come of débutante artists, such as ABBA (”Ring, Ring”), Kate Bush (”Wuthering Heights”), Depeche Mode (”New Life”), or New Order (”Temptation”), based on listening to their music for the first time.

In this respect, I stick my neck out in predicting that the career of Miss Sundfør will be artistically bright, and hopefully also commercially prosperous. Moreover, I am confident that we may expect great things from her in the years to come.

Her back catalogue has recently been released in Britain. Highlights are so numerous that it seems like mission impossible to name merely a handful of songs at the expense of others equally masterful tracks.

Instead, I encourage all of you to listen to the music of Susanne Sundfør. I think that she is a rare, gifted innovative artist who deserves a huge audience. If you have never heard of her before, you may be in for a pleasant surprise.

And — Susanne, if you read this, please come to Denmark, marry me, and let me be the first to listen to the tracks of your next album ☺