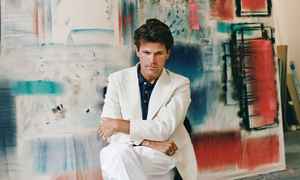 Real Name:
Jack Peñate
Profile:
Born 1985, Jack Peñate is a singer/songwriter from Blackheath in South London. He is the grandson of Mervyn Peake, author and illustrator of The Gormenghast Trilogy.

Along with the likes of Lily Allen, Jamie T, Kate Nash and Adele, he is often included in the "Estuary English" pack of UK musicians - the 2006/2007 UK trend of young musicians "discovered on MySpace", characterised by ska influences, songs of everyday tales and singing in cockney/London accents (often of dubious authenticity).

At 17 he started the band Jack's Basement with his friend Felix White. The band split in two, one half going on to form The Maccabees, the other half forming Jack Peñate's backing band, with Joel Porter (bass) and Alex Robins (drums). Having started a Classics degree at UCL, Jack hooked up with London indie club and label, Young Turks and his studies were dropped in favour of a music career.

In autumn 2006, Peñate signed to XL Recordings who have delivered main-stream success with the release of his debut album Matinée.

His eclectic mix of styles incorporates elements of his varied influences which range from rockabilly and folk to jazz and trip-hop, leading to him being labelled "the missing link between Jeff Buckley and Justin Timberlake". He lists Prince, Jeff Buckley, Shuggie Otis, Todd Rundgren, J.J. Cale and Herbie Hancock among his influences.