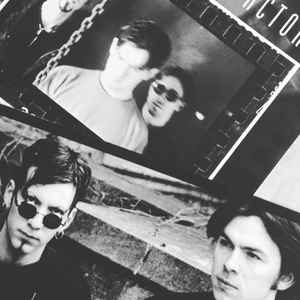 Profile:
Heavy Water Factory was formed in late 1994 by Jesse James McClear. He sought to unite a musical vision that combined musical elements of ambience and techno-industrial noise to create an expressive sound all of his own. Heavy Water Factory immediately began to write new material and perform live at venues such as Industry, the Majestic, The Shelter, St Andrew’s Hall, and the State Theater (Detroit, MI). HWF shows immediately attracted new fans of every age. The realization soon came, that it was time for HWF to put-out a release of some sort.

McClear sought out the help of noted rap and techno producer Mike E. Clark (Kid Rock, Insane Clown Posse), to mix and record five tracks at Funhouse Studios. After completing the tracks at Funhouse, McClear decided to finish the remainder of the tracks in his home studio. Once the recordings were complete, the tracks were then mastered by friends of the band Craig Frankenstein and Mitch C-Quist.

Having the CD completed and ready for release, Heavy Water Factory decided to add, William West (live keyboardist), and Scott Hixon (live guitar and vocals) to the line up in order to provide the support necessary to perform the complex material live. Hixon has also performed vocals on what would be newer songs (i.e. Waking up in Darkness, Better Than Dead).

Artists In My Collection by pArrA_d0xx
View More Lists →