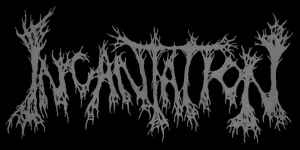 Profile:
Legendary Death Metal act Incantation was formed in the US in 1989 by John McEntee (guitar, vocals) and Paul Ledney (drums). They were soon joined by Arogon Amori (bass) and Brett Mackowski (guitar) whom they recorded their first demo with. John was left alone since the others left and headed in a Black Metal direction. People came and went and in 1992 they released their first full-length album, "Onward to Golgotha". The second album, "Mortal Throne of Nazarene", came in 1994.

The band has experienced a wealth of line-up changes, but has managed to survive and continue to release albums. John McEntee is the only original member left, he has managed to keep the band alive.

June 9, 2012
Incantation is one of those old school death metal bands that have always been highly respected among both the fans and fellow musicians, but never made it to, say, Morbid Angel or Cannibal Corpse sales status. However, the recent resurgence of old school style death metal has brought them at the very forefront of influence among bands like Dead Congregation, Disma, Encoffination, Ignivomous et al. Thankfully, leader John McEntee has never strayed from the style that has made Incantation such a vital entity, delivering extremely heavy, dark and brutal album after album, always preserving the quality level, regardless of who is accompanying him on his quest – and there have been very, very many.
Reply  See 4 replies Notify me 13 Helpful