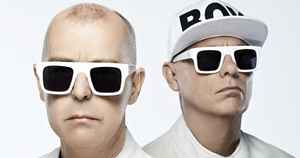 April 27, 2022
OK: so what I should have said is - the JCRZ mixes are so good, PSB should do a collaboration with JCRZ.

It's surprising there aren't more of the 'romantic' tracks represented in the singles (are the romantic ones less radio-suitable or they don’t like remixing them?). There is Burning the Heather as a single, then all the other Hotspot singles are on the dancey side. On the ‘B side’ of I don’t Wanna there is another romantic track “New Boy” Yay! Shame it isn’t on the album too . . .

Will o the Wisp, Burning the Heather, New Boy, Hoping for a Miracle, Only the Dark ---> Yummy!

Wedding in Berlin is the dance track I would rather have seen as a 12”. It has a catchy, trainlike rhythm to it, and lends itself easily towards the anthemic. Imagine a wedding with this as its theme tune.

February 1, 2020
YES, ELECTRIC, SUPER, HOTSPOT! these 4 albums are the revival of the Pet Shop Boys after a period of some darkness, that stated in 2001, and continued through 2006 with Release and Fundamental. They are catchy, danceable, and listenable anywhere. Great albums, and with over 30 years of making hits, seems that they are not easily going to stop. Hotspot, the latest addition to their massive catalogue shows us they are still very relevant today, and can compete in the charts with today's plastic pop and rap artists. that may be ahead in the charts, but are not as longeve as our Boys are. Long live the Pet Shop Boys!

I think a lot of old fans are very hard on the Pet Shop Boys. YES "Please", "Disco", "Actually" and even "Introspective" were flawless, then came "Behavio(u)r" : I had a hard time with this one, I must admit, but still, some hits and very good songs were still there, remember "So Hard", "The End Of The World" and "...Seriously" : album version of course, I'll never forgive Brothers In Rhythms for their suicidal single remix. Do you know how to kill a powerful hit ? Ask BIR, they have the recipe for sure.

After "Behavio(u)r" and the "Discography" singles compilation, I thought they were done. "Was It Worth It" was just a pale Stock/Aitken/Waterman soundalike. It was the end of Phase One.

Then came "Very" and they proved for the first time that they were capable of geniously re-invent themselves. It was so dance, so joyful again, I really thought they were like reborn. Even the United States who seemed to bury them after the so-called so gay music video of "Domino Dancing" couldn't escape the wave of the massive hit single "Go West" : their masterful cover of the Village People song.

Personally I think there are good songs on each and every one of their albums, it's just a matter of taste. Yes even on "Bilingual" that a lot of fans hate, I still loved "Up Against It" or "A Red Letter Day".

But I agree that their darkest hour has been 1996-2006 with "Bilingual" : meh, "Nightlife" : too cluby even though I still love tracks there "For Your Own Good", "Happiness Is An Option", "Vampires" and of course "I Don't Know What You Want But I Can't Give it Anymore" : which I love very much even though this one has probably the longest single title in music's history along with Bonnie Tyler's "Loving You Is A Dirty Job (But Somebody's Got To Do It) lol. And the dreadful "Release" was well, released : it's the one album where they thought they were like "The Beatles" : I only like "Home And Dry" there. I'm not much of a Lennon fan, so...

As for "Fundamental", it's a very very dark release, very political, controversial. "Minimal" is very nice but the only very good song there "Integral" has been ruined by an awful single remix vocodered to death (a powerful hit ruined by a truly horrid single remix, it's "How Can You Expect To Be Taken Seriously" all over again !).

But with "Yes" they were back in good shape again (it was almost like "Very" volume 2, cheerful songs all over again (finally!), then came "Elysium" and then again I thought they were done, even though I loved "Leaving" and "Memory Of The Future" but this release was bleak, bleak, bleak...

And with "Electric" and "Super" they proved us once again that they were still a dance music force to be reckoned with : "Thursday" was back from where "West End Girls" came from, "Love Is A Bourgeois Construct" reminded us of "Left To My Own Devices" : classical music to a disco beat again, yeah !, "Axis" and "Burn" brought back their techno roots...

...and finally "Twenty-Something" is the best song they have ever made since their Imperial Phase (1985-1988). Even my sister who buried them since "Being Boring" yelled "Yeah the Pet Shop Boys are finally back !" when she heard this one !

They are today as good as they were before, the thing is, I think, they don't want to be successful again (for a reason that eludes me).

Because to be fair, one must admit that since "Fundamental" some very good songs are buried inside the albums or as b-sides, it's sad and uncanny really "Fugitive" : their best song since "Domino Dancing" was buried in "Fundamental"'s disc 2, "The Ressurectionist" was a b-side, "After The Event"/"A Certain Je Ne Sais Quoi" : again b-sides or extra-tracks, "A Face Like That" is buried along "Elysium"'s moody tracks, and even "Twenty-Something" was not properly promoted (probably because of the moving but very dark and depressing black and white music video).

And to tell the truth their own label x2 can't compete with the commercial strengh of EMI/Parlophone (I wasn't even able to buy the "Vocal" CD single when I wanted to because it was already out of print only a few weeks after its original release, so come on guys, what's up with that !

But to me the Pet Shop Boys albums will always be more relevant and interresting than some of the latest Depeche Mode albums. Pity, really, because in the 80's I loved both bands equally.

September 19, 2016
"It's A Sin" has always been one of my favourite 80's songs (regardless of genres/styles)! And this may sound silly to some, but I hear a lot of PSB in VNV Nation (even their early stuff). I've always thought that Ronan & VNV should do a cover of "It's A Sin"! I can clearly hear it in my head... does anyone else?
Reply  See 1 reply Notify me Helpful

Naturally one of the best eletronic/pop acts ever. Classic and timeless.

March 6, 2015
I have followed pet shop boys from 1985 on. And very hardcore until about 1999. And yes like most long time fans will agree, they lost the magic by the end of the Very album. There have been about 2-3 good songs on each album and Yes had me the most excited for their album in over. A decade when that came out. The melody on Leaving was played the most times in a row for a psb in almost 2 decades as well. I chalk it up to a few things. First analog versus digital. My biggest gripe. When they turned to mostly digital around the turn of the century a lot of charm was taken from them. Then the tempos on some tracks were questionable. Neil ' voice got older. Trying to stay relevant to new dance trends will alienate older fans. Heard that Cher auto tone version of home and dry?? Or whatever song that was. Eeks. With all the pet shop boys stood for paving their own way, they should know that the old is the new new. It's been like that for over a decade now. Analog sounds are in. How could a band who had their roots in acid house, new York club scene and disco miss this? Chris...got get your Fairlight and Emulator 2 and get back to the roots of your sound. Listening to Please has passion, beauty and futuristic upscale sound. These days it's more like commercial hair product music. With Neil usually not in tune. And the outfits they wear in stage follows the decline of the music. The more outrageous the more sterile. Maybe it's monly and old age. Maybe success. Maybe they haven't been inspired by any music lately. Still thinking their over digital in your face Electronica is still the thing. Well its not boys'
forever 1984-1994...
Reply  See 1 reply Notify me 10 Helpful