I Believe In My Mess 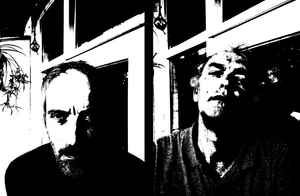 Profile:
I Believe In My Mess is an Amsterdam-based duo that mixes various styles like dub, indie, electronic, garage rock and hip hop. A melting pot in which instrumental music, spoken word and vocal fragments alternate.

Add melancholic, expired atmospheres, changeable moods and electronic craziness to a marriage of skill and self-willedness, et voila … I Believe In My Mess at the controls.

I Believe In My Mess has released ten singles since 2016, first on its own Filthy Good Records, and since 2019 in collaboration with Excelsior Recordings. In addition, I Believe has mixed dub tracks in collaboration with, among others, De Jeugd Van Tegenwoordig, Hallo Venray, Canshaker Pi, Fatima Yamaha, The Leonids, Scram C Baby, Bauer and Meindert Talma.