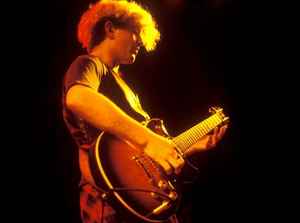 March 13, 2020
Possibly the best guitarist of his generation. Only Stuart Adamson comes close for me. Both taken far too young but fortunately for us leaving a body of work that will live on forever and simply gets better with age. True talent is timeless and they both had it in spades. Richard Jobson worked with the pair of these genius level artists and I'm sure he would agree. They broke the f**cking mould when they left us. We'll never see the like again. It was a privilege to have seen both of them perform live. John's work with 'The Armoury Show' is as near perfect as it gets for me. Incredible musician. Sorely missed. RIP John McGeoch