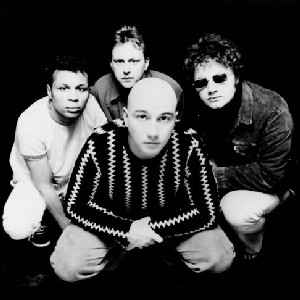 Though the central cast of characters has been the same all along, it seems as if there's been three Boo Radleys. From nutty noise merchants to shoegazing dreampoppers to classic pop thoroughbreds gone Top 40 in the UK, it's been a long and strange path to European stardom for this Liverpool group that has never managed to crack the US.

Their early work on Creation upto Giant Steps era was stunning. Went a bit off the boil with the Wake Up! period but they really came back into their own on Kingsize, sadly however by then everyone had moved on and forgotten about them including myself. Such a shame as really produced some great music throughout their time of 1990-1998 being as experimental as the best of them.

10 great Boo Songs to check-out (there are loads more, but these are personal favourites):
1. Lazarus - of course, but go for the extended version as per the 12" and not the album as is even more epic
2. I've Lost the Reason
3. Everything is Sorrow
4. Spaniard
5. Eurostar
6. Wish I Was Skinny
7. Song for the Morning to Sing
8. Blue Room in Archway
9. Wilder
10. Thinking of Ways

February 19, 2019
Very underrated band in general. One of those where some of the b-sides were total gems (particularly in that 91-94 period when they were absolutely on fire). The price for having the temerity to craft a gigantic pop hit was to be forever tainted by it. They're well overdue a reappraisal, because their catalogue stands alongside the best indie bands of the 1990s. Martin Carr was (and still is) a hell of a talent. I saw them a few times over the decade, from right at the start in 1990, through to near the end, and they were never any good live, which was enormously frustrating. Had they managed to translate their studio sound live, they would have probably got their dues.
Reply Notify me 3 Helpful

During that time they produced a great run of EP's, culminating in the "Everything's Alright Forever" LP.

While very much indebted to MBV sonically, were probably the head of the shoegaze class in achieving some of the same effects, twinned with a lovely melodic sensibility which worked so well with the noisy guitars.

If you're into MBV or the "shoegaze" sound, strongly recommend you check out "Every Heaven" / "Boo Up" / "Adrenalin" / "Boo Forever" EP's, and their "Everything's Alright Forever" LP.
Reply  See 5 replies Notify me 4 Helpful