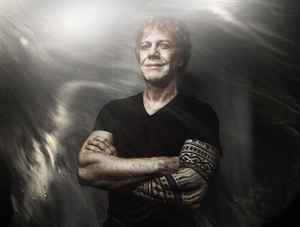 Danny Elfman was the lead vocalist and creative force behind the Los Angeles-based band Oingo Boingo from 1976 until its breakup in 1995. In addition he is well known for his work on motion picture soundtracks, particularly through his long-time collaborations with movie producer/director, Tim Burton (2).
He has also composed several tv-show themes, including the Simpsons, Desperate Housewives and Sledge Hammer!. In 2005 he released his first non-movie related classical work "Serenada Schizophrana".