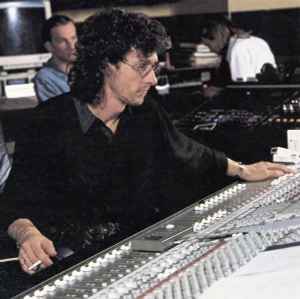 Profile:
British mixer, audio engineer, producer, composer, and sound designer. His career began in the mid-1970s at Trident Studios, in London, and mostly involves studio work for pop/rock artists.
He frequently collaborated with Rupert Hine and Howard Jones, but has hundreds of albums and singles by scores of artists to his credit.
He first met Rupert Hine around 1975, assisted and engineered on a handful sessions at Trident for Anthony Phillips, John Perry, Quantum Jump etc - but only really started working closely together in 1980 after he had left Trident and they both shared the same management, Hit and Run.