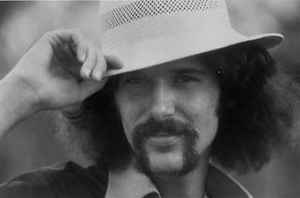 Gino began studying piano at the age of 8. By the age of 18 Gino had begun renting electronic keyboards and synthesizers to use in his own home studio. A producer asked him to play keyboards and write a tune for a group called Kebekelektrik. He ended up doing practically the whole LP by himself.

Gino hit #1 on the US Hot Dance Music/Club Play chart twice with "Dancer" / "Dance to Dance" in 1979 and "Try It Out" / "Hold Tight" in 1981, six weeks each. Gino's third biggest hit "It's Alright"/"Look At Yourself" from his mega album "Face to Face" reached #2 for 5 weeks also on the Hot Dance Music/Club Play chart. "Turn it around" was released as a single-only in 1984.
Gino also assembled and produced the disco studio group Witch Queen, best known for their Top 10 dance hit "Bang A Gong" / "All Right Now" in 1979. See also Kebekelektrik.

July 26, 2019
Some of the very best disco of the era was contributed by this Canadian man.