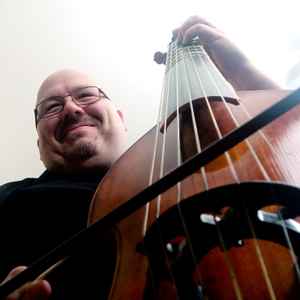 Phillip Serna has emerged among the nation’s leading advocates of the viol – the viola da gamba. Co-founding the historical-performance ensembles Black Tulip, New Comma Baroque, ViolMedium, and the Spirit of Gambo – a Chicago Consort of Viols, he has appeared across the United States with groups ranging from the Burning River Baroque, the Chicago Early Music Consort, Les Touches, the Newberry Consort, and many others. He can be heard on WFMT Chicago, Wisconsin Public Radio, Milwaukee Public Radio, and on releases from Clarion, Cedille, and Varèse Sarabande Records.

As a champion of a variety of new works for the viol, Dr. Serna performed the U.S. premieres of Rudolph Dolmetsch’s Concertino for Viola da Gamba & Small Orchestra in 2012, Carl Friedrich Abel's Concerto Violo de Gambo in 2018 as well as being the 1st American gambist to perform ALL of Telemann’s once-lost 1735 Viola da Gamba Fantasias in 2017 - the 250th anniversary of Telemann's death.