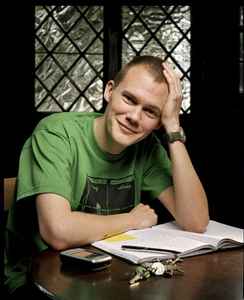 Real Name:
Jack Allsopp
Profile:
Born in North London, Allsopp grew up listening to dance music including breakdance, electro hip hop and house. An amateur breakdancer at eight, he started DJing at the age of 15 and he soon became submerged in DJ culture and UK garage.
After completing a degree in Furniture Design at Kingston University, he enrolled on a community music production course, so that he can better his awareness of sampling and its potential for use. He went on to practice on perfecting his sound by night and to take on a series of jobs by day.
Allsopp's debut album, titled The Outer Marker and released in 2002 by the independent label RGR Records, was a collection of songs about modern life, relationships, and the pressures of social situations. The album spawned three singles "Paradise (Lost & Found)", "Snowflakes" and "Triple Tone Eyes".
He did not gain fame until 2007, following his TV debut on BBC2's Later with Jools Holland, and then on the Channel 4 show The Friday Night Project, where he performed the single "Starz In Their Eyes", which reached No.2 in the UK Singles Chart; the following three singles didn't make the top thirty. "Starz In Their Eyes" was also featured in the Dolce & Gabbana Summer 2008 fashion show. Kylie Minogue also did a collaboration with him, "I Talk Too Much", for the American release of his Overtones album.
His third album, titled All Night Cinema, released in 2009, was preceded by first single "Embers", which had its premiere on BBC Radio 1 on 12 January 2009 and second single "The Day I Died", which became Jack's second highest charting single on the UK Singles Chart. Both singles peaked inside the top 20. The original choice for second single was "Doctor Doctor" but the single release was subsequently postponed.
Sites:
MySpace, Twitter, Wikipedia, Facebook, instagram.com, justjackmusic.co.uk
Aliases:
Jack Allsopp

I wonder why has no one written a couple of lines about this guy yet.. His music is pretty fantastic.
I came across his songs when I was, I guess, a 9th grade schoolboy. good ol' times! I've been participating in a bunch of English language olympiades at this time. Needless to say, while preapring to them in the evening, his songs playing in my headphones with sharp and beautiful lyrics reflecting our life and things which are important to everybody involved me much more than endless grammar tests with their dead language. I'm obliged to Jack - he showed me the beauty of his native language and planted the love to it in me. I was literally studying his lyrics instead of my homework. Moreover, some lines even helped me to do speaking parts on the olympiades / write essays. :)

Apart from the lyrical thing, the musical component is very qualitative. I don't really care if he's the main producer or Jay Reynolds but what I know for sure is that Jack takes part in this and produces some elements. that's important for me when speaking about music with lyrics/voice, otherwise [if the artist just sings on a record and his name is solely represented on the cover] its 99% shit insipid pop-product, I bet ya. What I love about his music is that its really diverse (which, again, is pretty rare for song-structured music) spanning from synth-pop and hip-hop to disco and kind of ballad flavoured with lush string arrangements and clever use of samples..
Personal favourites: Deep Thrills, Lost, All Night Cinema, Triple Tone Eyes, Goth In The Disco, Aint Too Sad, Snapshot Memories..

At the moment, there are good news for his fans - although not mentioned on Discogs, new EP "Rough/Ready" was released for free not so long ago. It would be interesting where his path will lead him. Maybe he'll make some instrumental and experimental tracks.. like.. ambient hip-hop? :D Why not? I think it's pretty possible in his case.

Jack, if you're reading this, keep it up man. You're the best. So are your hilarious facebook photos! :D