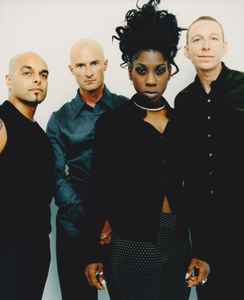 They achieved major success with the club hit "How Can I Love You More?" at the end of 1991. These singles promoted a first album which took its name from Pickering's early musical leanings, Northern Soul. The breakthrough year for M People was 1993, as they enjoyed a string of UK Top 10 hits with a reissued "How Can I Love You More?", "One Night In Heaven", "Moving On Up" (later used as a campaign tune by the UK's Labour Party), and a cover version of Dennis Edwards' "Don't Look Any Further / I Thought I Could Handle It". The album which contained the hits, Elegant Slumming (the title was taken from a Tom Wolfe book), featured vocal support from Nu Colours. It won them the Best British Dance Act at the BRIT Awards, and the 1994 Mercury Music Prize for best UK act in any category, much to the chagrin of hotly tipped pretenders Blur. Meanwhile, their highly polished, commercial sound (omnipresent on car stereos and commercial radio) was being cited as the perfect example of "handbag house", a term the band themselves despised. Bizarre Fruit and the attendant Top 10 singles "Sight For Sore Eyes", "Open Your Heart" and "Search For The Hero", were greeted with mild disappointment.

The band, by now a quartet with the permanent addition of their touring percussionist Shovell (ex Natural Life), embarked on a tour of the world's stadia to ecstatic receptions. Their love affair with the critics had cooled, the media taking special pleasure in poking fun at Small's choice of boyfriend – rugby league player Shaun Edwards. Bizarre Fruit II merely compiled several remixes and edits as a prelude to a new album, though an ill-advised cover version of the Small Faces' "Itchycoo Park" managed to irritate the critics further. Fresco proved to be another smooth slab of easy-listening soul, with the single "Just For You" the stand-out track. A lazily compiled "best of" selection and Small's solo debut, Proud, are the only products to have subsequently emerged from the M People camp.
Sites:
Wikipedia, YouTube, mpeoplemusic.com, heathersmall-mpeople.com
Members:
Andrew Lovell, Heather Small, Mark Bell (3), Mike Pickering, Paul Heard, Shovell
Variations:
Viewing All | M People
M - People, M Peole, M-People, M. People, M.People, MPeople, People

July 2, 2020
I wonder where and WHY they have kept Lee Marrow's remix of Sight For Sore Eyes hidden until now?

November 5, 2013
Don´t know where the problem is with Heather´s voice. She sounds soulful and strong, always in the right balance.
I think it is 70% her voice that makes this band so damn good and let them have a string of hits.
Not to forget all the beautiful Remixes by Morales, van Helden or E-Smoove only to name a few.

May 2, 2013
I can't for the life of me understand how anyone tolerated her voice, she's a monstrosity. Were things that different back in the 90's? I've no idea how bad the music behind her is as I don't have the time to listen to it, but I do have time to complain about her; it's odd how the old mind works.
See 4 replies