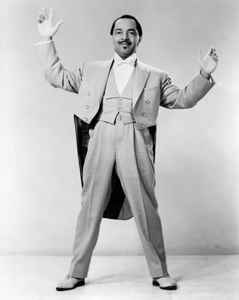 February 27, 2019
His appearances in 1951 were sell-outs and he began recording US releases for RCA Victor.
Prado is the composer of such famous pieces as "Mambo No. 5" and "Mambo No. 8." At the height of the mambo movement, in 1955, Prado hit the American charts at number one with a cha-cha version of "Cherry Pink and Apple Blossom White"