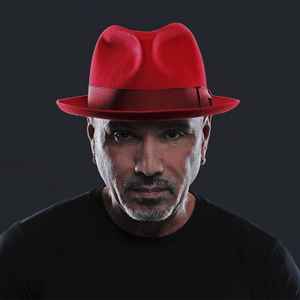 A native New Yorker, Morales honed his skills as a DJ in the 1980s and 1990s at clubs such as the Paradise Garage, Red Zone, Ministry of Sound, and Sound Factory. When the remix and DJ work began taking off, Morales teamed up with house music legend, Frankie Knuckles, and For The Record DJ Pool founder/NYC nightlife impresario, Judy Weinstein, to create Def Mix Productions. He was one of the first DJs to tour the world.

Morales' prolific production career kicked into high gear in the 1990s with the release of his solo debut album, “The Program” by David Morales & The Bad Yard Club. In the late 1990s, with hundreds of remixes (Mariah Carey’s “Dreamlover,” Janet Jackson’s “Throb,” Alison Limerick’s “Where Love Lives,” CeCe Peniston’s “Finally,” Jaydee’s “Plastic Dreams,” Robert Owens’ “I’ll Be Your Friend,” under his belt, Morales recorded the groundbreaking house jam, “Needin’ U,” under the alias David Morales Presents The Face. Morales’ second album, “2 Worlds Collide,” arrived in 2005, followed six years later, by his third album, “Changes.” He was nominated for his first Grammy Award in 1996 as a Producer on Mariah Carey’s album, ‘Daydream’ for the song ‘Fantasy’. He won the 1998 Grammy Award for “Remixer of the Year.”

He launched Diridim Records in 2018 to sign and develop artists. His Diridim radio show can be heard on Ibiza Global Radio.

April 22, 2022
We need a House Masters compilation for David Morales like we've gotten for Todd Edwards, Masters at Work, and Todd Terry. Even all of Frankie Knuckles Director's Cut stuff has been compiled. Need a best of with all of his classic remixes of Mariah Carey, Incognito, Toni Braxton, Jamiroquai, Lisa Stansfield.

November 30, 2019
Mariah should have taken the bull by the horns and made a full on studio album with him in the 90’s when they were both on fire.

February 3, 2019
The King Midas of House, anything this man touched turned to gold

October 4, 2018
Finn Johannsen Morales identified me in the hotel lobby and asked: "You're my man?" "I'm your man", I replied. He wore a very cool red Adidas tracksuit the top of which he stripped off 5 minutes into the interview, sitting right next to me half-naked. Had not seen such gold chains since the heyday of Eric B & Rakim. He also smoked relentlessly, in a very determinedly non-smoking hotel suite. I liked him a lot.
See 1 reply

November 3, 2017
Def one of the best DJs for remixes back in the day and performance. Thanks to Pete Tong for playing his songs, great all the times i've seen him DJ

November 3, 2016
One of my favourite. I am lucky because have been with him three times. I am proudly owner of 30 CDs and 12" with his autograph (in person).

Big respect for epic Galaxy radio shows from back in the day!