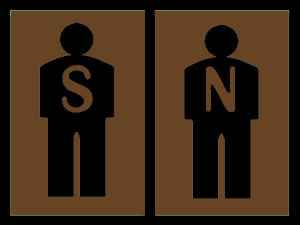 Profile:
Walter Norman (MTC) and Botchan Karisen (Babylone Chaos) met at the end of the 90’s in Nice (South of France) when they started working on different musical projects. In 2000, they created a musical concept and project called SicNoise.
A first album, "No Longer Human", was released in January 2002 on the Cut-Up Factory Cd-r label (it was re-released in 2007 on A.B.100)
Then, at the end of 2002, a total silence arose. It wasn’t a stand-by, nor a split up. It was just silence.
The two members met again by chance in December 2006 with no reformation mentioned.
A few months passed by and the creative process started again. Between Nice, Dijon and Paris, new tracks were forged, deformed and then evolved towards the doppelganger!
At the end of summer 2009, their new album, “The Double Experience”, was complete. Finding the name of the album seemed obvious, a bit like the creation of SicNoise.
“OPN” and “La Nouvelle Alliance” decided to join forces in the co-production of this album in 2010
Aliases:
Les Dards
Members:
Julien Cornu, Walter Norman