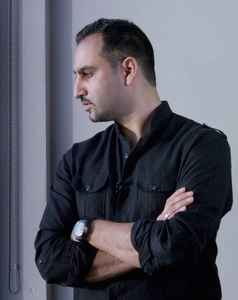 Real Name:
Syed Ahsen Razvi
Profile:
Acen is best known for his early 1990s UK rave and hardcore breakbeat techno productions.
It was with Production House that Acen released his first hit "Close Your Eyes", which instantly became a hardcore breakbeat anthem. In quick succession Acen released tunes such as "Trip II The Moon", "Window In The Sky" and his debut album "75 Minutes". "Trip II The Moon" is Acen's landmark release. Even though Acen's releases were not licensed to majors, remaining on Production House, "Close Your Eyes" went on to be Music Week's Dance Single of the Year and "Trip II the Moon" made the UK top 40 chart in 1992. Later Acen experimented with Drum n' Bass, releasing tracks such as "No More" and "116.7" on Warner Brothers' subsidiary F-111. More recently he has been behind the lens directing and editing films and music promos. Acen's 2004 release "Dirty Raver" appeared on Rennie Pilgrem's TCR label and featured a video directed by Acen himself.
Sites:
acenrazvi.com, web.archive.org, MySpace, YouTube, SoundCloud, linkedin.com, Twitter
Aliases:
Spacepimp, Syed Ahsen Razvi
Variations:
Viewing All | Acen
A Razvi, A. Razui, A. Razvi, A.Razvi, Acen Razvi, Ravzi, Razvi

August 13, 2018
Thanks mate, Nice To Give Appreciation To The Music Makers.
Reply Notify me 1 Helpful

June 26, 2015
Legendary!. A genius in sampling. Helped set the mood for what was to come (but never even came close).
Reply Notify me 5 Helpful

September 14, 2013
Amazing, tunes that I come back to over the years, they where far ahead of there time that is why they stood out from the crowd, the James bond samples was just pure genius for the time, blew me away when I first heard, love all of Acen earlier stuff 91-94.
Reply Notify me 1 Helpful

Acen Razvi is one of the founders of the early 90's UK breakbeat rave sound that progressed into drum & bass.

He took samples that were already established (the Amen break, the "Mr. Kirk, Your Son Is Dead" speech from Think - Once You Understand).

He took samples that were outrageously dangerous for his label (The Doors - Celebration Of The Lizard, The Beatles - Here Comes The Sun).

He took samples that no-one else thought of (sampling the James Bond movie "You Only Live Twice". Twice.).

Acen put all these samples together, and like a true alchemist, produced something that was uniquely stunning.