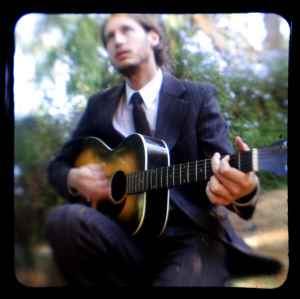 Real Name:
William Gus Seyffert
Profile:
Gus Seyffert was born and raised in Kansas City, MO. At a very young age he began studying music and started working professionally at the age of 14, playing dinner theaters and jazz gigs in KC. At 17, he moved to Los Angeles to study jazz bass at California Institute of the Arts with Charlie Haden. He left college after two years to continue working.

While living in Silver Lake, he transitioned into playing different styles of music and became a staple in LA’s East Side music scene, writing and playing around town with his band Willoughby, as well as Inara George, Mike Andrews, Charlie Wadhams, The Haden Triplets, and Benji Hughes, among many others. After meeting and working with some top tier touring and recording musicians and producers such as Greg Kurstin, Joey Waronker, Ariel Rechtshaid, Glyn Johns, and Nigel Godrich, Gus started touring and recording with acts such as Adele, Ryan Adams, Beck, The Bird And The Bee, The Black Keys, Norah Jones, Michael Kiwanuka, Roger Waters and Sia to name a few.