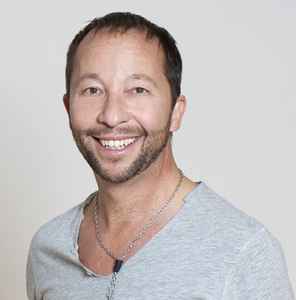 June 21, 2022
My childhood and growing up in general was marked by DJ Bobo's music. And the period of war (1992-1996), as I'm from Sarajevo, was much easier with all the legendary songs from the first two albums.

February 24, 2022
my guilty pleasure the guys the godfather of euro dance

June 4, 2012
OK, so, DJ BoBo has put out his 11th studio album, “Dancing Las Vegas.” The year 2012 marks the 20th anniversary of DJ BoBo’s career in music. It has really been a lot of water under the bridge since he released his first dancefloor hit, “Somebody Dance With Me,” in November 1992. In fact, almost 20 years have elapsed since that time, and during those years, dance music was constantly changing. The eurodance craze subsided somewhere in 1997 or so to give way to dream music, which, in turn, was replaced by italodance and then electro house, Hands Up (aka dancecore), and trance. This is not the whole story, of course. Mention should also go to German, Dutch, UK, and Spanish techno, hardcore, and happy hardcore productions of the ’90s; Romanian acts of the ’00s (Inna, Alexandra Stan, Deepside Deejays, Akcent); and R’n’B-infused club house, which currently dominates the music channels over here and probably in the rest of Europe as well.

Eurodance ceased to be mainstream, but it did not die; it just became more flexible in its sound and structure. There is still classic eurodance, the brilliant “male rapping, female singing” genre, which is now kept alive like the Olympic flame by artists such as Alex, Acting Lovers, and a handful of others. There is also not-so-classic eurodance, which treats us to a taste of ’90s sound – check out Dr. Alban’s “Back To Basics” or Captain Jack’s “Back To The Dancefloor.” And, finally, there are oldtimers who are in constant search for new inspirations and sounds. One such oldtimer is The Last Vampire, DJ BoBo.

I must admit I have only recently come to appreciate his post-’90s work. It has taken me time and thought. There was a time when I believed anything without the familiar beat and combo formula in it was not worth noticing. Only later have I come to realize that you cannot expect the same formula to be exploited for decades – most people will be bored, even if a circle of fans will be grateful. This is probably one of the reasons for the mainstream decline of classic eurodance in the late ’90s – people just got bored with the endless repetition of the same musical formula. Something new had to be invented to capture people’s interest. So, Euro artists started to look for other directions in their music, and many of them succeeded in doing so without compromising the quality of their output. Look at Scooter, Dr. Alban, Corona, E-Type, or Captain Jack. DJ BoBo, too, abandoned classic eurodance long ago, but, seriously, his music did not become any worse or less Euro. Just like the artists mentioned above, he displays enormous talent. I have not heard each one of his albums, but those that I have as part of my collection make me want more. A while back, I read on a dance forum that DJ BoBo produces trash; I disagree. “Pray,” “It’s My Life,” “Celebration,” “Together,” “What A Feeling,” “Chihuahua,” “I Believe,” “One Vision, One World,” “Let The Party Begin,” “Secrets of Love,” and “Vampires Are Alive” do not sound like trash; in fact, they would do credit to any dance artist. These are all big tunes that sound 100% Euro. They are all imbued with that distinct European flavor that makes eurodance music so pleasantly different from other genres. And many of them are what should really be played in clubs and on FM radio but what, unfortunately, does not count as club music.

Now back to “Dancing Las Vegas.” Like DJ BoBo’s previous productions, it is extremely well-crafted and is perfectly Euro. Of the album’s thirteen tracks, I would rate six as “excellent” (“Everybody’s Gonna Dance,” “I Love My Radio,” “Gotta Go,” “Everybody’s Free,” “La Vida Es,” and “Hypnotic”), two as “good” (“Love Never Dies” and “Dead Or Alive”), three as “OK” (“I’m Living To Love You,” “Robin Hood,” and “Viva Las Vegas”), and two as “passable” (“You Drive Me Crazy” and “Hero Of The Night”). As you can see, most of the album (eleven tracks) is excellent to good stuff, with only two tracks being, in my opinion, not quite up to the mark. But when DJ BoBo is good, he is awesome. The album starts off very strongly with “Everybody’s Gonna Dance,” a happy dance track. Then comes “I Love My Radio,” also a fantastic track, with a slight tinge of nostalgia for the artist’s teen days and the music of that time. “Gotta Go,” a happy, summery ’90s-style euroreggae song, takes you back to the glorious days of classic eurodance and makes you want to move. This is my top favorite on this album, which sends a tingle down my spine every time I listen to it. “Everybody’s Free,” “La Vida Es,” and “Hypnotic” are also nothing but pure listening pleasure. The sound is fresh and modern, and yet it is unmistakably Euro. The music is catchy and bubbling with positive vibes, and we also get some rapping on “Everybody’s Gonna Dance” and “Gotta Go” – just like the raps DJ BoBo did in the good ol’ days. “Hypnotic” resembles the current R’nB-influenced dance fare by the likes of David Guetta, Pitbull, and Bob Sinclar, but I have no problem with that. It adds some pleasant variety and is catchy and upbeat. “Love Never Dies” is a very sweet ballad, not what I normally like on a dance album but certainly worth a listen. I am a little bit disappointed with only two tracks, “Hero Of The Night” and especially “You Drive Me Crazy,” which pale in comparison with the rest of the album. I think DJ BoBo could and should have done better.

Perhaps DJ BoBo’s lyrics do get a bit shallow when he starts speaking of love, but after all, this is dance music and you can’t expect too much sophistication from it.

Overall, “Dancing Las Vegas” is a solid, mood-boosting album, which far surpasses much of what is currently on the dance music market. Take your time, listen to it at leisure on a sunny summer afternoon with your window open wide, and I am sure it will grow on you. DJ BoBo is in top form and still has much to offer!

September 8, 2008
DJ Bobo is one of the fundamental euro-dance music producers in the 90's. His tracks like: Keep On Dancing, Somebody Dance With Me, Take Control, Let The Dream Come True, Love Is All Around, Freedom was and still are joy for a spirit. All the music, always was sounds perfectly, so boldly we can say that he was a profesionalist from the beginning of his career. I need to mention about all the talented vocalists like a: Emel Aykanat, Lisa Abbott, Natascha Wright and many many else...
All his songs are reminds me of my childhood. When I'm listening it I feel like a 10-15 years ago, that's amazing.

May 24, 2008
12-15 years ago his beats were awesome. It was eurodance, which we, those who experienced it back then, when it sounded interesting, know 95% of the time was just fun and harmless feel-good music...Eurodance was music for very young souls, and that's exactly what DJ BoBo used to stand for. His 1994 album "There Is A Party" is probably one of the best examples of "classic" eurodance music. His 1996 "World In Motion" was somewhat of a departure from the popularity-declining eurodance stream, but retained some of its electronic appeal. Finally, 1998's "Magic" is the last Bobo album worth mentioning, as every next album since then was worse and worse and worse. His latest album, "Vampires" is a plain musical abomination.
But anyway...He was an artist of the 90s and his work during that time is what he'll be remembered for. And he belongs to the young people of the 90s. Those who listened to Bobo after his golden era really missed something and it's unprobable that they'll ever like any of his music. But then again, these are other times, with Bobos of their own.
Oh, and don't listen to those pretending Bobo was sh*t from the very beginning. They either were too old for his music, either first listened to his music 10 years too late, either are ignorant hypocrites who like to bash things (yeah, we get a lot of those lately). I repeat: it was music for very young souls. Trust me: those who were kids 15 years ago will most probably always keep a nice, nostalgic memory of DJ Bobo. I know I do.