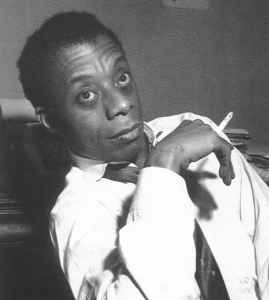 Novelist, playwright, poet and essayist. He gained fame with "Go Tell It on the Mountain", his first novel. Much of his work focussed on racial and sexual issues, including the issues related to being homosexual and black, well before both groups could be said to have any sense of equality.

Gay themes in books such as "Giovanni's Room" and "Another Country" brought heavy criticism from the black community. Conversely his essay collections, such as "The Fire Next Time" are considered to have awakened a white audience to a black mans perspective of racism.
Sites:
randomhouse.com, Wikipedia
Variations:
Viewing All | James Baldwin
J. Baldwin, James A. Baldwin