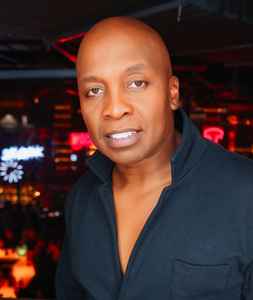 Real Name:
Alexander Nestor Haddaway
Profile:
Alexander Nestor Haddaway (born January 9, 1965 in Trinidad) is an early nineties eurodance singer who hailed from the unusual location of Trinidad & Tobago. Haddaway's 1993 self titled debut CD spawned several hit singles, most notably the No.1 smash 'What is Love?'. His second album 'The Drive', released in 1995, was more of the same. Further releases found only marginal success.

The son of a Dutch oceanographer and a Trinidadian nurse, Haddaway moved from Trinidad to Europe in the early 1970s with his father when his parents separated. After spending his formative years at boarding school, he moved to the United States to be with his mother.

His high school years were spent in Maryland City, Maryland, where he graduated from Meade Senior High School in 1983. While at Meade, he was very active in the school's jazz, marching, symphonic, and stage bands.

Discovering a love for music, Haddaway performed small engagements with a cover band called "Chance" while he studied political science and history at George Washington University in Washington, D.C.

In 1989, then aged 24, Haddaway returned to Europe and settled in Cologne, Germany, where he started playing American football for the Cologne Crocodiles in the German Football League, as well as working as a choreographer, selling carpets and making music in his spare time.

Haddaway's break came in 1992 when he was signed by German label Coconut Records. His first single "What Is Love" rapidly became popular across Europe, reaching number 2 in Germany and in the United Kingdom, where it sold more than 500,000 copies. It later reached number 11 on the Billboard Hot 100.

His second single "Life" hit number 2 in Germany, number 6 in the UK and number 41 in the USA; "I Miss You" and "Rock My Heart" were also top 10 smashes across Europe and established him as a successful Eurodance artist. His first LP The Album was also a multi-million seller.

Subsequent albums are more soulful, but since 1998, Haddaway has struggled to repeat the mainstream commercial success of his early hits.

"What Is Love" enjoyed a resurge in popularity as the theme music for the head bobbing, nightclubbing addicted Butabi brothers (Will Ferrell and Chris Kattan) on Saturday Night Live and the subsequent film A Night at the Roxbury. The song was also featured in a 2008 PEPSI commercial (for diet Pepsi Max) which parodied the Leitmotif and included several stars including LL Cool J, Missy Elliot, and Busta Rhymes, but interestingly not Haddaway.