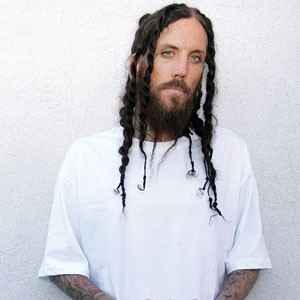 Welch met guitarists James Shaffer and Reginald Arvizu in highschool. With Arvizu he formed a band named “Pierct”. “Pierct” became “Toy” after a couple of line-up changes, amongst them the adding of Shaffer. After “Toy” split up Arvizu and Shaffer went on to form L.A.P.D. (4) with Richard Morill and David Silveria. Welch toured with L.A.P.D. and acted as their roadie. The band's name was then changed to "Creep" and Welch was taken on as a full-time member. The band changed their name to Korn soon after and Morill was replaced with Jonathan Davis.

Welch played lead guitar as well as singing backup vocals in Korn. Welch announced on February 22, 2005 that after 13 years Welch had parted ways with the band, citing that he had "...chosen the Lord Jesus Christ as his savior, and will be dedicating his musical pursuits to that end". On March 10, 2005, Welch was baptized in the Jordan River with a group of believers hailing from Bakersfield, California.

Welch has a daughter, Jennea Welch from his wife, Rebekah, which he divorced later on.