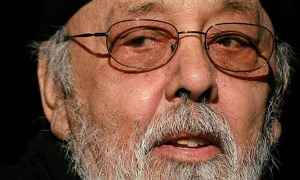 Real Name:
Răducanu Crețu
Profile:
Romanian jazz musician, born 1st December 1931 in Brăila, died 19th September 2011 in Bucharest. He was called "Mister Jazz of Romania".
Born into a family of Roma (gypsy) ethnicity, who had a long musical tradition which can be traced back as far as the 17th century, and attending the conservatory in Cluj-Napoca, where he learned to swing the bass while also studying the piano at home for about ten years, Johnny Răducanu became a key contributor to Romanian jazz. At the age of ten he was into the music of Art Tatum and Fats Waller (who had a tremendous influence on his piano style) and Charles Mingus, Scott LaFaro, Oscar Pettiford or Jimmy Blanton (for acoustic double bass). He is probably the best represented Romanian jazz musician with four solo albums while he was playing on many of the other Electrecord jazz albums. He was a member of Cvintetul „București”, a group that never got to record their own album but were playing on all the major eastern European festivals.
In Groups:
Cvartetul „Modern”, Cvintetul „București”, Dan Mîndrilă Quartet, Formația Johnny Răducanu, Septetul „București”, The Guido Manusardi Trio
Variations:
Viewing All | Johnny Răducanu
Crețu Răducanu, I. Raducanu, J. Raducanu, J. Răducanu, Johnny, Johnny - Crețu Răducanu, Johnny Raducano, Johnny Raducanu, Johny Raducanu, Raducano, Raducanu