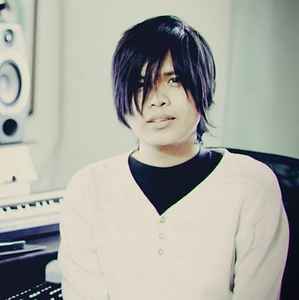 Profile:
Aura began making music in 1998 with a game called MTV Music Generator. He learned the basics of making music with the game, but this was only the beginning. In 2001 under the name Dj Lizz, he began remixing some of the best Japanese game music, anime music, trance and other kinds of dance music. In 2002 Aura Qualic opened a website called Nalice Gates. This was his first attempt to expose his music to the world with remixes of game songs, anime songs, and original tunes. Aura痴 first influence in trance was "System-F" (Ferry Corsten) with the hit "Out of the Blue". Aura loved the trance genre and began to make more remixes. Aura also composes other genres like Electro, Orchestral, Pop, and more. The game industry still calls on Aura to produce game music. He is also called to produce anime songs and Jpop. For the future, Aura Qualic continues to make music by collaborating with some of the best musicians in the music world. He hopes to learn more about music production and the process of getting it to all of the people who listen to his remixes and original songs.
Sites:
auraqualic-sounds.com, SoundCloud
Aliases:
Ikumi Nakai
In Groups:
DJ Lizz
Variations:
Viewing All | Aura Qualic
Aura, DJ A.Q, DJ A.Q., DJ Aura Qualic