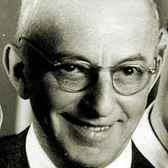 Profile:
Jean Schwartz (November 4, 1878 – November 30, 1956) was a songwriter. He became known as an accomplished lyricist, although he also continued writing music. One of his biggest hits was the 1910 song "Chinatown, My Chinatown" co-written with William Jerome, they collaborated on many songs which were used in Broadway shows. Schwartz and Jerome stopped working together in 1913.