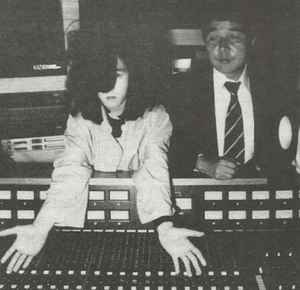 Profile:
The Gerogerigegege is a controversial Japanese noise/experimental band, founded in 1985 by Juntaro Yamanouchi. After a 15-year long hiatus, during which Yamanouchi had entirely vanished from the public's view, the band released a new album 燃えない灰 (Moenai Hai) in 2016, and since then produced over 10 albums/EPs with archival and new material. The band's name is an onomatopoeia for vomiting and diarrhea: Gero (vomiting) + Geri (diarrhea) + non-lexical vocable GeGeGe.

By that point, JY already released '85 Gerogerigegege C-30 cassette via Masami Akita's mailorder ZSF Produkt, and had been rehearsing with drummer Dynamite Gero and guitarist Dee Dee Gero. Now he started performing with Gero 30 at various sex/fetish clubs, and the Gerogerigegege's early 'concerts' were some of the most disturbing acts in the history of Japanese extreme music (alongside infamous Hanatarash demolitions). Built on GG Allin's raw punk aesthetics, they featured little music: Gero 30 would masturbate on stage, moaning and groaning in the microphone, rolling in his own bodily fluids and feces. Three complete '87–91 senzuri shows with crowd reactions can be found on Live Greatest Hits CD.

February 1, 2020
Surprised these guys haven’t made any VHS’s or DVDs. You’d think a group infamous for their live performances would put their sweet shit on tape.
See 8 replies

September 4, 2016
I hope someday the cd albums will all be reissued on vinyl. Maybe, even a Gerogerigegege vinyl boxset?
See 2 replies

Most people don't know this but gerogerigegege is awesomeness damn.