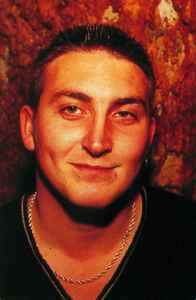 Real Name:
Paul Saunders
Profile:
A proper player during Jungle's rise from underground during 1995-96, Paul Saunders' techno background hardly prepared listeners for the mellowed-out vibes and liquid tones of his work as Wax Doctor. Tracks like "Kid'Caprice" ( for Metalheadz ) and "Atmospheric Funk" ( for Talkin Loud ) were closely allied to L.T.J Bukem's Junglite fusion though just a bit chunkier. Saunders began DJing in the late 80's, and though he juggled part-time mixing with a full time football career for awhile (appearing as a reserve with Reading and later Crystal Palace), the Wax Doctor eventually debuted on production as well as several singles for Basement Records during 1992-93.
He worked with fellow Techno-head Alex Reece on Creative Wax and Precious Materials, but began drifting towards the growing Drum 'n' Bass fascination with lighter tones of Jazz fusion. His singles for Metalheadz and Talkin Loud signalled the new direction, and Saunders signed to R&S -- noted more for listening Techno and Drum 'n' Bass -- for two 1995 singles, "All I Need" and "Heat". Wax Doctor contributed a remix to label - mate Juan Atkins for Model 500 single, "The Flow" R&S released the retrospective selected works in 1998.

Who knows if the mighty Wax Doctor will ever return. Whatever he's doing I hope he's well and at peace. Be thankful that his work is still with us and we can still enjoy the tunes. Salute Paul Saunders, legend!

Had to comment! I know I have said it many times on my post's, but yes Wax is a genius. From the early Basement stuff, metalheadz pieces and the rest. His production is deep and talk about those melodies and chords ...(Amens) another level!! A legend! He never gets enough credit, his later jazzy vibes are so well composed and so well put together this guy knows music. Legend is banded around a lot in our scene mention Wax Doctor and nobody would disagree with you. Salute!!! I just wish he would come back and make some more great music.

October 27, 2016
Well, Another Monster Of The Hardcore Scene, The Mighty Wax Doctor, Although I Like Many Pieces He Has Produced It Is The Tunes On Basement Records That I Never Tire Of Mixing And Playing, They Feel The Same To Me Now As They Did Back Then..The Bloke Is Just Too Good..